For decades Excel has been a staple in almost every industry. Even as many providers begin to offer competing programs such as Google Sheets, a great many people still rely on their tried-and-true desktop installed Excel application.

To be sure, long-time estimators will have Excel templates already prepared that will save them time for any future projects. They have a system in place that integrates well with those within their organization and those outside it. They can quickly, or at least methodically, turn an architect's plans into smaller sections of works that can in turn be bid on. They have all their sheets laid out in a specific order with formulas that have been perfected over years. Industry specific macros are ready to make every type of calculation, and charts and graphs are ably produced. Once estimators become accustomed to their established Excel process, it’s an indispensable part of their estimating procedures.

Estimating is, at the end of the day, part science, and part guesswork. Everything in their spreadsheet is subject to change. Material costs may rise, labor shortages could cause crews to become unavailable or delayed, equipment could break down more than they accounted for, laws and regulations may delay or stop progress, and any number of unforeseen situations could occur causing their original figures to become increasingly off the mark.

As such, the more accurate the original estimate is, the better chance they have to stay on course throughout. This is especially true for larger projects where the time between when they first “break ground” on preparing their estimate, and when they might actually break ground on their project, could be lengthy. If months go by before work begins, prices and availability may have already changed from what was originally planned for.

As many construction estimators may know, at some point, Excel becomes the wrong tool for the job. While macros and formulas have a lot of computing power, they can also be viewed as the beginnings of writing a full service software application. Eventually it becomes clear that it would be better to make a separate program to handle the customized needs of the construction industry, rather than trying to create one that’s cobbled together within Excel.

And so, a series of Excel alternatives have been developed to streamline the process and cater to the specific needs for construction projects. These solutions are designed to take over where Excel leaves off. Advanced calculations can be prepared, historically data can be referenced, predictive analysis can be implemented, charts and graphs can be more sophisticated, and communications can be integrated. True die-hard Excel enthusiasts know that conceptually these are really just extensions of their desktop Excel spreadsheets that were developed and expanded into construction specific software applications.

Here are some of the leading construction estimating tools that people are using instead of Excel.

1) STACK. STACK is designed to streamline the preconstruction phase with its cloud based construction estimating software platform. It’s focused on estimating and takeoff and it comes with a number of tools that are helpful to estimators. Among its features are pre-built materials databases, assembly libraries, project codes, and construction plans organization. It boasts a 10x increase in the speed of estimating, and a 35% increase in completed proposals.

2) BuilderTREND. BuilderTREND is part of a fuller construction project management solution. Their estimating and bidding features accept Excel imports and integrates your current work into their system. You can process contracts and get signatures directly from their system to turn your estimates into closed sales.

3) Procore. Procore is also part of a fuller construction software management solution. Its estimating features aim to be faster, more accurate, and more competitive. You can apply previous rate tables and automatically calculate labor and materials costs. It accommodates variable rates for labor shifts and fluctuating materials costs. It implements AI feature recognition so you don’t have to quantify things manually during your estimates. Budgets are auto-generated, and it’s integrated with the proposal process.

5) SimPRO. SimPRO is a full featured construction software management solution. While most standalone systems integrate with larger construction software management solutions, working within the same ecosystem can have its benefits - not the least of which is not having to handle any greater IT overhead. They offer the capability of creating estimates out in the field, which is a far cry from the days of using Excel in the office. Its integration with CRM systems lets you closely monitor the status of your estimates and associated bids in real-time.

6) Sage Estimating. Sage Estimating is part of the greater construction management software offering from Sage. Customers report that Sage takes estimating from being a task that the lead estimator would previously have spent a week on, to a task that an intern can accomplish in a day. They incorporate a proprietary technology called Snap AI, which reviews and analyzes your files for you so you don’t have to do the legwork yourself. They simplify quotes from subs, and integrate them into the greater bid. For large enterprises already on Sage, their built-in estimating tool will likely serve their needs just fine.

7) ConEst Estimating Software. ConEst Estimating Software is built specifically for electrical contractors. In the same way that Excel is sometimes found to be too general of a tool and not specific for the needs of the construction industry, so general construction estimating software solutions may have their limitations when it comes to servicing the individual needs of a construction speciality. ConEst is one such specialized product that focuses only on the details electrical contractors need for estimating. This includes specialized electrical formulas, supplier specific updated pricing catalogs, localized price comparisons, a database of over 120,000 electrical and low-voltage material items, and a catalog of more than 350,000 prebuilt assembly kits. Having an estimating tool that’s specific to the needs of the electrical industry can give contractors a real advantage over their competition.

At the end of the day, the best estimating software is the one that works for you. There’s nothing wrong with using Excel if that’s what’s helping you win projects and stay organized. It served the industry for years, and will continue to be called upon for tasks that industry specific tools don’t account for. But the advances of software platforms that address the specific needs of the construction will continue to help estimators complete their work faster, better, and more efficiently.

What are your favorite Alternative Construction Estimators? Tell us about it here. 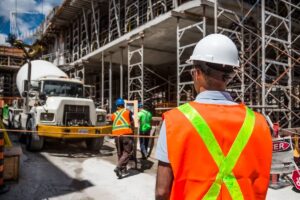 Earned Value as a critical KPI for contractor satisfaction 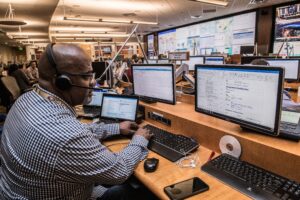 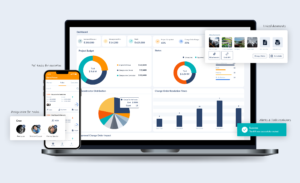 The POWERFUL Motivational Tool Hiding in your Construction Schedule